Do you often wonder what bitcoin mining is all about and how to get started?

Cryptocurrency is no longer the new kid on the block but most people are confused about how it works.

That is what we will be looking at in this article.

In this article, we will cover the following areas

What Is Bitcoin Mining?

Bitcoin Mining is the backbone of the Bitcoin network and what it does is provide security for Bitcoin transactions thereby avoiding external attacks. This process is carried out by specialized computers.

In Bitcoin Mining, the role of miners is to make sure that the network is secured and every Bitcoin transaction is tracked and processed, this is achieved when they solve a computational and most times complex problem that allows them to chain together blocks of transactions also known as a blockchain.

In return for this, miners get minted or new Bitcoins and transaction fees which is also called Block Reward.

Bitcoin is not regulated by a central authority, instead, it is backed up by millions of computers around the world referred to as ‘nodes’. This network of computers do similar jobs as a Visa or MasterCard debit or Credit Company or even the Federal Reserve, how?

Nodes store information about former transactions and assist in authenticating such. The difference in traditional currencies and Bitcoin is that; unlike traditional currencies, Bitcoin nodes are easily accessible to anyone because they are spread across the globe and the data recorded and processed are filled in a public list (blockchain).

Another essence of Bitcoin Mining is to avoid duplicate or double-spending, with paper money, that isn’t a challenge because once money exchanges hands, the power of authority over such money is transferred but with digital currency, it can become tricky as digital information can be relatively reproduced easily, that is, there is a risk that a spender can make a copy of their bitcoin and send it to another person while still retaining the original.

Just as the serial numbers of bills can be traced and compared to ensure that there is no counterfeit in circulation, so also is what a miner does when they verify new transactions.

Mining when it comes to Bitcoin is called that because those who do it are the ones who get rewards of new bitcoins and as we have rightly established earlier, there is a need for mining to secure transactions made online with Bitcoins protecting such transactions from hackers.

Also, mining – as duly emphasized – produces new bitcoin for miners as a reward for mining. This act is better described as competitive bookkeeping because every miner work towards establishing and maintaining a gigantic public ledger containing a record for every bitcoin transaction made all over the globe, anytime there is an exchange of currency (bitcoins) for value (goods and services) or sale of currency to a buyer, such transfer has to be endorsed by miners, how? They check the ledger to ensure that the sender isn’t making any transaction of money he/she doesn’t possess, once the transaction is approved, miners add it to the growing ledger.

In order to ensure that this voluminous growing ledger containing important Bitcoin information doesn’t get hacked, miners seal it behind layers and layers of complex computational work, thereby making it well-protected from fraudsters. As said initially, it is very competitive and only the miner who succeeds in approving a new batch of transactions and finish the computational work necessary to secure the transactions in the ledger gets a reward; it is, however, time-consuming but still rewarding.

Also, as initially insinuated, mining helps to keep track and avoid double-spending and this is done when miners consult the ledger when any transfer is made to ensure that the sender is not double-spending. It may all seem simple tracking down and approving of transactions but it is not all rosy, challenging issues like privacy comes up; to make every Bitcoin exchange transparent while keeping all bitcoin users completely anonymous and also, if the ledger is totally public, how do you prevent people from fudging it for their own gains?  This is one of the underlying challenges faced in Bitcoin mining.

The simple answer to this is; yes, it is legal. However, the detailed version is that some countries do not accept bitcoin as legal, naturally, as a result of this, mining will not be accepted and will be considered illegal although this is subjective and depends on the jurisdiction.

The main thing is that one does the mining with legit resources, even in the face of this, some countries have declared anything that has to do with bitcoin and other cryptocurrencies as illegal, why?

As we well know, bitcoin has a decentralized and stateless nature that defies the long-standing state-backed currency.

To understand more the opposition of some countries to bitcoin and its mining, let’s consider the fact that it serves as a threat to the national currency and national banks, let’s not also forget the salient fact that bitcoin mining has become a niche business boasting of established mining farms with special ASICs equipment.

In essence, the government has always relished having the power to print money and this is what bitcoin doesn’t do, it takes the power away, needless to say, anything that the government is unable to regulate or control will naturally be kicked against.

Also, the fact that as bitcoin increases in value, printed money becomes an alternative in transactions (of purchasing goods and services), that is, Bitcoin was created with the mindset and intention of providing people with an alternative to modern-day banking, helping them to bypass increasing policies of corrupt governments.

It has also brought and established the concept of a decentralized system if well backed up by sturdy/boisterous mathematical models also known as cryptography.

However, bitcoin mining is legal in many countries with a few exceptions. Find out your country’s legal stance or disposition to bitcoin mining before you start to be on the safer side.

What is Bitcoin Mining Hardware?

Bitcoin Mining Hardware, also known as ASICs are highly specialized computers used to mine bitcoins. It is a highly complex and competitive system that consumes time and electricity. Satoshi, the founder of Bitcoin, released Bitcoin intending to use computer CPU for the mining process, however, industrious miners discovered soon that more hashing power can be gotten from graphic cards and went ahead to write mining software making this possible.

With time, ASICs (Application of Specific Integrated Circuits) overtook the use of GPUs. Hardly will you see any miner or mining company nowadays using anything other than ASICs and usually, they are carried out in thermally-regulated data-centers with easy access to low-cost power supply/electricity.

Therefore the introduction of ASICs has led to the concentration of mining power into fewer hands than the original intent.

Presently, founded on (1) price per hash and (2) efficiency/quality of electricity, the best Bitcoin miner options are as follows;

They can all be purchased from amazon @ amazon.com

What are Mining Pools?

The idea of Bitcoin mining pools is a system that allows miners to join together as a group or any other miner joining an existing mining group and this is to allow the frequent discovery of blocks, with this, naturally, comes more frequent mining payouts. In essence, pools are groups of liaising miners who agree to share block rewards in ratio to their contributed mining power.

The downside to a mining pool is the fact that; even though it appeals to the average miner as they get rewards more frequently, it, unfortunately, channels more power to the owner of the mining pool. An extremely huge number of blocks are mined by pools rather than individual miners, in fact, mining pools and companies represent a large percentage of bitcoin computing power.

The advantage, however, of mining pools is this; miners with a minute percentage of the mining power stand a slim chance of discovering the next block by themselves, for example, a mining card that one could purchase for a couple of thousand dollars would represent less than 0.001% of the network’s mining power, therefore, with such a slim chance of discovering the next block, it could take forever before the miner discovers a block topped with the exasperating difficulty, this doesn’t make things easier and we must keep in mind that the miner has invested and may not be able to recover such investments. That is why the mining pools is very much recommended.

Mining Pools are operated by third parties and coordinate groups of miners. By using collective resources and brain work, they get to share the payouts among all miners belonging to such pool, it is as good as a miner starting to earn bitcoin steadily from day 1 of joining a pool. To get more information and statistics on mining pools, check blockchain.info

How to Get Started With Bitcoin Mining

To start mining bitcoins, there is a need to possess a bitcoin mining hardware (scroll up to see recommendations of mining hardware). As earlier insinuated, it was possible to mine in the comfort of your home using your computer CPU or high speed video processor card, that’s no longer possible today.

Instead, Custom Bitcoin ASIC chips proffer performance up to 100 times the average competence of older systems and have come to rule the Bitcoin mining trade.

Bitcoin mining with anything less than ASICs will guzzle more in electricity than you are probable to be paid. It’s crucial to mine bitcoins with Grade-A bitcoin mining hardware constructed precisely for that purpose. Numerous companies such as Avalon offer outstanding systems built explicitly for bitcoin mining.

Below is a very simple, easy to follow steps on how to start mining Bitcoin

Another option to consider in Bitcoin mining to purchase Bitcoin cloud mining contracts. This increases the simplicity and ease of the mining process but also increases risk because the control of the actual physical hardware is done by someone else. There are a number of such cloud mining services, however, mentioning them is not in any way a form of an endorsement but for educational purposes.

Hashbitpro offers you an opportunity to start mining bitcoin. We are the largest Bitcoin and crypt Bitcoin cloud mining provider. 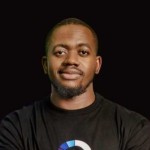 You may have missed

The Ultimate Guide to Bitcoin Mining 2020